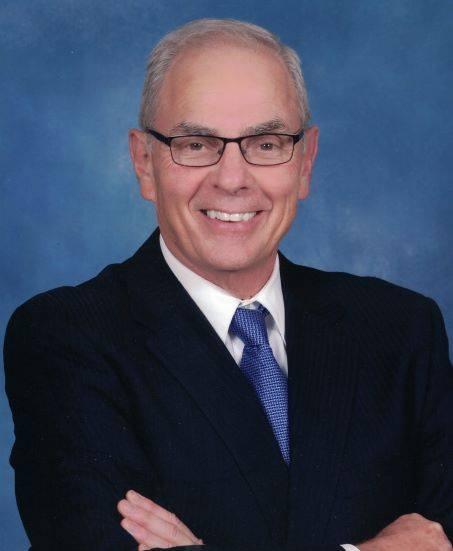 as a candidate of theDemocratic Party

I have been a member of the International Association of Firefighters for the past 45 years and served as the local Secretary Treasury for both Local 856 and the Professional Firefighters of NH
In 1978 I was part of the leadership which led a successful strike for the Manchester firefighters. The strike resulted in a significant reduction of hours and more family-friendly work schedules.
In the mid 80s I served as the Executive Vice President of the NH AFL-CIO and was elected as the President of the New Hampshire AFL-CIO in 1990 and became the longest-serving State President in the country with a career covering more than 25 years.  I am known as a strong, experienced progressive leader with a powerful voice and a long history of fighting for respect and dignity for all people. I have been recognized nationally for his numerous legislative and political achievements which include: increasing the minimum wage, improving public sector pension benefits, implementing post-retirement medical benefits card-check neutrality, guaranteeing COLA adjustments for public employees, securing best value contracting legislation, expanding OSHA training to public contracts, reforming the workers compensation system, and achieving equal pay legislation.
I have led many legislative battles, including defeating anti-worker “right to work” legislation 17 times.
I have been at the forefront of virtually all successful Democratic campaigns over the past several decades in New Hampshire, including Bill Clinton, Barack Obama, Representatives Shea-Porter and Kuster, Senators Shaheen and Hassan, Governors Shaheen, Lynch and Hassan, and countless State Senators and Representatives. Have also worked closely with New Hampshire elected officials from both parties

I was a national delegate for the Jesse Jackson presidential campaign in 1988, and Bernie Sanders in 2016 and 2020. I also helped to form the NH Bernie Sanders Steering Committee in 2015 and remain an active member of that group.

Prior political experience/offices2016 - elected to the NH General Court representing Manchester’s Ward 10 and served on the House Labor Committee.
I ran for Congress in 2018 in District 1.

What are the most important concerns you’ve heard from Manchester residents and how can you address those concerns if elected or re-elected as an Executive Counselor?

My sense is people are concerned with the uncertainty surrounding COVID-19 and the impact this will have on their families. At this critical time, we must make sure all the resources are available to deal with the problems people are facing. Unfortunately, the Governor of the State of New Hampshire has made a unilateral decision to distribute money to various projects within the state to those places which he alone thinks are important. He did this without any input from the Council which I believe is a direct violation of the Constitution. But that said as an Executive Councilor I would continue to advocate on behalf of the district and hold the governor responsible and accountable for the fair and equal distribution of resources currently available.

Do you have an overarching philosophy when it comes to approving or denying state government contracts?

I support transparency and accountability I oppose no bid contracts and attempts by the Governor to circumvent the Legislature and the Executive Council. Given the work required and the compensation provided I support additional meeting of the Council. Below is my listing of additional considerations

• Is the appropriation authorized by the Legislature and does it reflect legislative intent?

• Are all provisions clearly explained and easily readable?

• Are the supporting documents attached or easily accessible by the public? Was the contract put out to bid and if not why

• Can the public readily identify the principals of the business for both bid and no bid contracts.

• What are the performance standards and how and to whom are they reported?

• Do all vendors understand and commit to follow all laws?

• What are the benchmarks for wages and hours?

• Will people from New Hampshire have work opportunities.

• Does the contract accurately reflect the total cost?

• Under what circumstance would you return to the Council for additional funding and would the number of contingencies be reflected to clearly identify the total cost of the project in relation to the original bid.

• Are the state workers treated with respect and dignity?

Do you have an overarching philosophy when it comes to approving or denying appointees to departments within the state government?

As free citizens of a great nation we all have the right to our own beliefs and the ability to publicly express them. Our system of government and the priorities of the nation are constantly evolving influenced by a dynamic exchange of ideas. Our elected representatives engage citizens and debate public policy and do the important work of creating laws which govern us all. People who choose public service must commit to carry out the laws to the best of their ability and to do so in a fair and evenhanded way. This should be the expectation of every citizen. Public servants must understand and commit to this concept to be an eligible candidate.

Public servants are not policymakers but rather arbitrators of services working on behalf of citizens. Personal bias or beliefs which compromise their ability to be impartial in their role as a public servant creates a conflict and the appearance of unfairness.

I sense the Executive Council has been engaged in some measure of conflict and tension over the past few years. In some ways this is an intentional by-product of a system which weakens the Governor’s power and distribute responsibility over a broader group of people who are charged with providing checks and balances. Some governors adapt well and work cooperatively but others have been known to lock horns as is the case at certain times with this current Governor. I have served on many boards and commissions and have been an advocate working in the NH legislature and an elected official. I understand how to work with people and I always approach the work with an open mind. But this has to be a 2-way street and mutual respect is important. I also know how to stand my ground and fight for what I believe is right.

What is the most significant issue facing Manchester at the local level right now and as an Executive Councilor, what do you believe your role is toward impacting this issue?

Lack of affordable housing, too many low wage jobs, homelessness, high property taxes are some of the challenges I see. The Council’s role is to carefully review contracts to make sure the money being spent on these issues provides a good value. I also think the Council can inform the Legislative body to identify where areas which require additional attention or illustrate how future appropriation might be directed.

With the uncertainty surrounding the COVID-19 in the future, do you support the Executive Council meeting remotely?

The executive council given its size should be able to safely meet in person and minimize risk by following the safety guidelines using masks and social distance protocol. I think the interaction is important and more effective when some of the barriers and technical challenges are removed.

In your opinion, what were the five most significant actions taken by the Executive Council over the last two years? Please explain what made them significant.

The rejection of the appointment of Gordon MacDonald to the Supreme Court was a significant event during this past term and speaks to the role of the Executive Council authority. By a 3-2 vote along party lines the Council rejected the candidate based on his lack of experience as a Judge and what the Council perceived as his past history of support of the republican party and his anti-abortion positions according to local news reports. Governor Sununu strongly criticized the Council. As I have said repeatably when asked about nominations I believe the person must be qualified and have a demonstrated capacity to be impartial. It is not just a matter of saying you would follow the law it is more about how you would use the discretion you have in the interpretation of the law and what impact your beliefs as demonstrated and recorded in the public area would impact your judgment. In the case of Mr. MacDonald the Council was not convinced and decided he was not an appropriate candidate and stood up for what they believe was in the best interest of the citizens of NH and I believe this is exactly how the system was set to work.