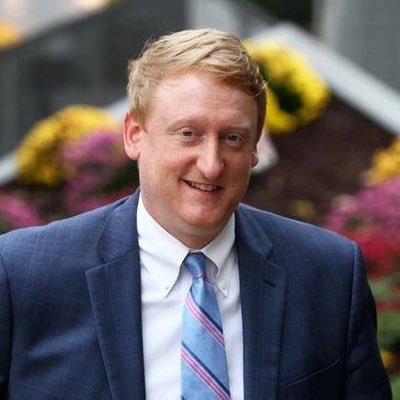 as a candidate of theDemocratic Party

EducationEarned BA from University of Northern Iowa, a Masters of Public Policy from Georgetown University, and a law degree from the University of Iowa

Question #1: What are the most important concerns you’ve heard from Manchester residents and how can you address those concerns if elected or re-elected as Governor?

The single most pressing issue is how we get out of the COVID recession in a way that looks out for working people and working families. How we get out of this COVID-19 mess and economic crisis will be a reflection of our values, a question of whose side are you on: Working people and working families, or corporate special interests and campaign contributors. During the last economic crisis, the Great Recession, I worked as a legal aid attorney with New Hampshire Legal Assistance and did my best to help folks get back on their feet. I battled Wall Street banks foreclosing on homeowners all across New Hampshire. I fought for unemployment and health care for those who needed it most. I was in the trenches in the relief and recovery efforts for ordinary folks. By clear contrast, during that same time, Governor Sununu was just gifted his family’s ski resort. I worked with Granite Staters who too often had no one in the corner as a legal aid attorney. As a state senator, I helped secure the greatest education funding in state history, passed legislation to reduce prescription drug costs, and expanded access to health care to over 50,000 Granite Staters. This is about building a recovery effort that looks out for working people and working families and championing the issues that will help them; like paid family and medical leave, an increased minimum wage, the jobs of tomorrow in clean energy, in health care, in broadband, and in housing. This election is about building a bigger, better, and brighter future for everyone and ensuring that every Granite Stater knows that the person in the corner office has their best interest in mind and is looking at every issue through the lens of working families.

Question #2: Do you have an overarching philosophy when it comes to the duties of the Governor?

My entire career I’ve been looking out for working people and working families and that’s the same philosophy I have about serving as governor. We need to elect a governor who puts working people and working families first – not corporate special interests and those at the top. Governor Sununu has spent four years as governor giving tax breaks to big corporations, no-bid contracts to his political allies, and tax advantages to his family business. That is the opposite of public service and the opposite of my approach to governing. We are in an economic and public health crisis and this election is about getting out of this mess in a way that looks out for working families and prioritizes work together to solve problems and inclusive, bipartisan cooperation to get things done. That’s what I’ve done at legal aid, in the State Senate, and what I’ll do as governor.

Question #3: In your view, describe the political atmosphere over the past two years in Concord. Do you believe this atmosphere will continue over the next two years and how would that affect how you approach this position if elected or re-elected?

The single obstacle to meaningful and inclusive progress in New Hampshire is Governor Chris Sununu and all too often the work we did in the legislature was met with his veto pen. His leadership has held us back from making critical progress on so many issues. Instead of looking out for Granite Staters, Sununu has vetoed 79 pieces of legislation, 65 of which had bipartisan support. Legislation like COVID housing protections for renters and homeowners, insurance coverage for abortion health care services, common-sense gun violence prevention legislation, paid family and medical leave which would have been so critical for so many New Hampshire families. Under Chris Sununu, we have the highest health care costs in the nation, skyrocketing prescription drug costs, rising property taxes, all while he’s been solely focused on even more corporate tax breaks. As governor I’ll actually work with the legislature to pass bills that help Granite Staters, lower costs, and ensure everyone in the state has equal opportunity to succeed. In order to finally move New Hampshire forward for everyone, not just the wealthy and well-connected, we need to replace Chris Sununu in the corner office.

Question #4: What is the most significant issue facing Manchester at the local level right now and as Governor, what do you believe your role is toward impacting this issue?

For four years I managed the Housing Justice Project at New Hampshire Legal Assistance, overseeing the staff, casework, public trainings and outreach, and advocacy for fair housing, civil rights, and workforce and affordable housing. Even before COVID-19, New Hampshire was facing a housing crisis. It put New Hampshire, and Manchester specifically, at an economic and competitive disadvantage in the region, and the housing and homelessness challenges we face have only been exacerbated by the COVID-19 crisis. With a sharp increase in unemployment in the state, many folks are struggling to pay their rent and make their mortgage payments. Housing is key to our economy and key to our post-COVID recovery and not only has Sununu increased property taxes substantially during his tenure but he vetoed modest housing protections during COVID. It is up to the state to partner with outside organizations and come up with solutions and find a way to solve the problems that arise, from protecting our homeless populations to addressing our housing crisis so Granite Staters aren’t evicted in the midst of a pandemic. It is critical that during these unprecedented moments that all of us come together and advocate for our most vulnerable populations, for jobs, for housing, for all of us.

Question #5: With the uncertainty surrounding the COVID-19 in the future, what is your opinion of Emergency Executive Order #12 allowing local government boards to meet remotely and do you believe this approach should be expanded to other elected bodies?

I support it and yes I believe it should be expanded.

Question #6: In your opinion, what were the five most significant pieces of legislation introduced by the New Hampshire General Court in the past two years?

During my time in the legislature we have worked hard to make meaningful, bipartisan progress for Granite Staters. For instance, my bill to import safe, low-cost prescription drugs from Canada and which also instituted the most progressive Insulin cap in the country so no one has to choose between their life saving medication and their financial well being. We also passed paid family and medical leave twice, which Sununu vetoed both times – once during COVID-19. Family and medical leave is critical so Granite Staters can take time off with a new baby or a sick loved one. Sununu’s heartless veto hurt so many families, especially during this pandemic. We also passed SB 14, a bill that I sponsored that established a state-wide system of mental health care and mobile crisis team for children and fully funded it in the budget, but under Governor Sununu it has not been stood up. These mental health services are critical for New Hampshire children and families and it is unacceptable that New Hampshire continues to have dozens of children and adults waiting in emergency rooms for needed mental health treatment. In the last state budget we secured the greatest increase in school funding in state history. $140 million in new funding for our schools. While this was great progress we need to build off this budget and continue to close loopholes for those at the top to increase funding for schools in New Hampshire. Lastly, SB 4, my bill where I worked across the aisle to protect Granite Staters with pre-existing conditions and ensure access to the necessary health care they needed. We’ve done a lot of great work over the last two years but all two often we were met with Chris Sununu’s veto pen. It’s time to change that and to finally move forward together.

Question #7: In your opinion, what were the five most significant actions taken by New Hampshire governors over the last ten years? Please explain what made them significant.

One of the most significant moments was then-Governor Hassan’s signing of Medicaid expansion, which I was the lead negotiator on, which allowed over 50,000 low-income Granite Staters to receive subsidized health care which covers substance abuse treatment, offering an added benefit for people struggling with addiction. Hassan also signed into law my bill to break down prior authorizations requiring health insurance companies to authorize treatment before it is provided, helping us further combat the mental health and opioid public health epidemics, build-out our treatment capacity, and help to ensure persons with mental health or substance use disorders are treated more fairly by health insurance companies. While there has been significant progress made by some of our governors during the last 10 years, there have also been incredibly disheartening moments by others. When Sununu vetoed paid family and medical leave for the second time and during a public health and economic crisis. Thousands of Granite Staters don’t have access to paid family and medical leave and when COVID struck and people were forced to care for their children or an older relative or a sick loved one or got sick themselves, they weren’t provided the paid leave they needed to stay afloat. Sununu also provided millions of dollars worth of no-bid contracts during COVID-19 to his friends, political allies, and corporate contributors. Under the guise of COVID support, Sununu once again used his position to financially benefit his allies just as he did when he designated Waterville Valley, where his family owns a ski resort, as an opportunity zone resulting in potential beneficial tax breaks for the company. For four years Sununu has used his position and his influence to enrich his friends and give millions worth of contracts to political allies and campaign contributors. It’s no wonder he calls himself a “Trump guy through and through”. It’s time for new leadership in the corner office and to once again have a governor who truly looks out for working people and working families instead of corporate special interests.